I know we talk about mixed metaphors a lot, and I guess when you jumble up a lot of Shakespeare allusions you are using as comparisons you're mixing metaphors not mixing allusions - right?

Anyway, yesterday's Chicago Tribune front page was a crack up. The headline was about our brilliant and extremely literate ex-governor here in Illinois Rod Blagojevich. Not only does the man have cool hair, but he has a Shakespearian vision of himself. 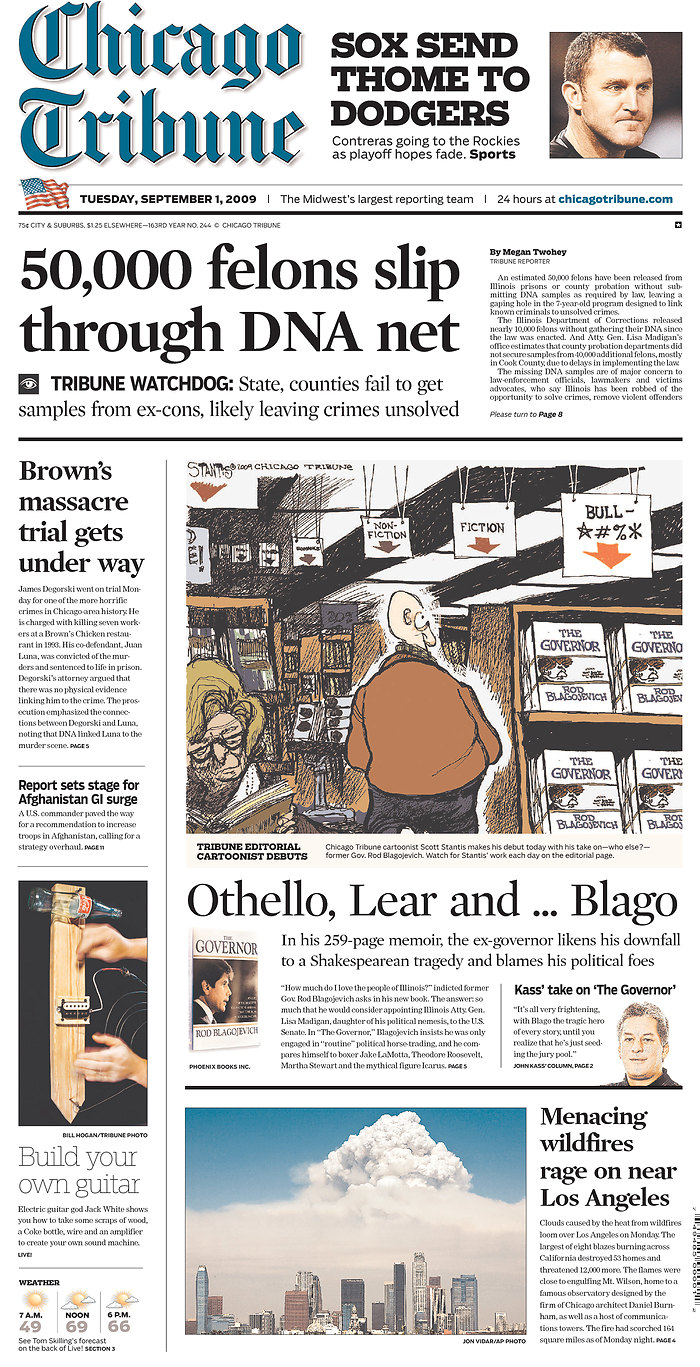 My favortite quote is from John Kass' article, "Blagojevich as Author Gets it Wrong Again." Kass calls Blago's book "autobiography by Google." Kass goes on to say...


He [Blagojevich] invokes Daedalus and Icarus, but Blago gets the ancient myth wrong and insists Icarus fell to the ground after flying too near the sun rather than into the sea. Shakespeare's "Richard III," "Othello," "King Lear," "Julius Caesar" are all represented. There is even a misused "Godfather" reference, and another to Robert De Niro's character in "Raging Bull." This is autobiography by Google.


Um, Rod? Thou art not Othello. Nor art thou King Lear. Nay, nor Julius Caesar. And as for Richard III?

"Richard III is a megalomaniac murderer," said David Bevington, a University of Chicago Shakespeare expert, when I called him Tuesday with a question:

Does Rod Blagojevich understand what he's talking about in his new autobiography, "The Governor," when he suggests comparisons between himself and Shakespeare's great protagonists?

The short answer: Not exactly.

Obviously, all the previous Shakespeare allusion posts (see the Making Shakespeare Pop! Discussion forum) are wonderful discussion fodder if one wants to discuss relevance of the Western artistic canon to our experience of the present.

Now for you media education folks, you're probably wondering where I was able to crib a front page JPEG from the Chicago Tribune? Thanks to the Newseum, based in Washington D.C., you can get images of front pages from around the world if you just go to their incredible Front Page Gallery. The trick is they don't archive all the pages so if you need a front page image for class you best get it right away. While they don't archive every front page it does look like they're keeping a front page archive of big events for folks to search. Without a doubt incredible resource for teaching!

Nicole and I visited the Newseum right before Obama's inauguration and it worth a visit both online and in person.