For the Think, Teach, Play Conference Final Project I decided to create a art workshop with children at the "Earth day festival" at Teachers College, Columbia University. Their work would eventually materialize into an art film meant to teach children and adults about the concepts related to Earth day and Earth awareness. The Children were recruited throughout the day. During the recruitment process children were asked to come over and participate in the "breathing/streaming Earth day video of hands and eyes." After receiving permission from the 30 or so parents, the children were told to "draw the image they felt represented Earth Day". Here are some of the images they drew.


Art/films are a powerful tool for change and can be a strong teaching mechanism. I believe this is one important way we can evoke our thoughts and teach fellow peers even at an early age. As a developmental psychology student I can attest to the degree subtle messages and thoughts can influence children. Creating an environment of Earth awareness through the media can have profound effects and implement future change. Why use the media? Simply because it is pervasive, students are exposed to appoximately 8 and half hours of media per day while 83 percent of children under 6 have begun to use media. By the ages of 4-6 media usage increases from 60 percent to about 90 percent usage (Teasley, 1997). The society is immersed in media, however, the media can be used as tool. The above work was compiled into a film and meant to act as a teaching tool as there are many rich symbols and subtle indications of Earth awareness. Though my message is subtle, so is most art. Those who wish to look deeper can be enriched by the pedagogy and teachings it is meant to provide. This project was posted to You Tube shortly after the course and has already received 500+ hits.

This film focuses on the transcendence of man, realization of spiritual truth and unity with the earth. The piece discusses the meaning of Earth day and the way children’s perception is externalized though their art. Upon realization of my concept, I decided to film the Earth day festival with Pete Seeger, and was able to request a table I could use as my media/teaching experiment site.


My table was set up, my goal was to round up as many children and adults as possible and have the children demonstrate what they felt what was the image of earth day by drawing them. The images were to be taken and combined with a shot of some of the eyes and hands of the participants as part of the film. The film depicts the transcendence of the human sprit away from destruction using creativity as a vehicle. It is meant to affirm the concept of global unity and harmony amongst mankind. The activity was itself a teaching/tool as children were forced to think about what earth day meant, and were able to share their art work with others (William, 2005). A second part of the earth day experiment site was a key board for children/adults to work together in making a collective song. The song is 8 hours long. The activity was used as teaching and interactive tool to help provoke the realization that everyone on earth is linked, and that it is important to care for the living/breathing earth that nourishes our human existence. The individual sounds are representative of the vibration of the individual and their ego. Together, they are also representative of the collective vibration of consciousness on earth. The film that is posted is a display of the art, eyes, hands, and some of the evocative images found and edited at the Earth day festival. Each aspect has a distinct symbolic value. Using a series of close ups and still images (Pyramid films, 1971) the film acts as a teaching tool for children/adults to understand and decipher the meaning of the symbols relating to earth day, the general concept of a united/peaceful earth, and fallacy of causing our earth’s destruction. Following the work of screen writers/directors the film has a basic structure which documents the transcendence of man and environmental consciousness. Goldman discussed the importance of structure throughout his lecture, I followed this and kept a basic structure (Goldman,1983). Mother Earth is introduced. She begins to die. Then she is reborn. The conflict is resolved with her rebirth, and ascent to light. The story is told symbolically with the following images as symbols:

Eyes: Windows of the Soul

Pete Seeger: The song of change-catalyst of change

Homeless Man in Ecstasy: Personification of that change


The Earth- The Earth 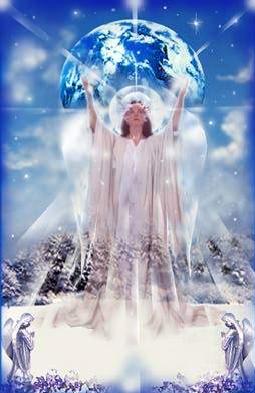 Deciphering the symbols can be an activity in itself, such as the way the TTP conference asked its students to decipher the symbolic value of "More". The short film about "Fire in our Bellies."


Using these images with the drawings of the children, the film forms a moving image which tells the tale of man’s evolution through his destruction, enlightenment and global change/harmony. The drawings of the children are indications of creative progress. Initially I changed the exposure and contrast to indicate a dark pre-historic unevolved world. The symbols are placed systematically to tell the tale of that change. The goal of this media project was to teach through the collective effort to create the film and through the structured message of the art /film itself. I hope all enjoy!

WOW! I watched that, read your post, watched it again, read your post again and I still feel like I need to watch it again! There is so much to take in. I enjoy all the conceptual elements that you pay attention to, but I also enjoy that you can appreciate it on many levels, meaning anybody can take something away from watching it. The editing is just fantastic and highly effective for the pace, mood, and style you are trying to achieve. I have a few questions for you:

Was it hard to get people to be in your movie?
Did you tell them what this was for, or script them to do certain things?
Did you every consider animals or other living creatures to be part of your symbolism for change?
Did you every consider using text while editing? Why did you decide not to? I struggle with when to add text and when not to in these types of video projects.