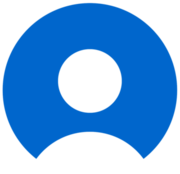 I am an English Pedagogy major/Secondary Education minor at UNCC. I'll be starting my student teaching in September.

I'm designing a unit for one of my classes wherein the students will be working on a piece of fanfiction (prose or video). I have created a rubric for the final project, but I don't feel good about it because it contains such vague terminology (I'll copy/paste it below). My professor suggested I inquire here if anyone has ideas about how to grade fanfiction (or any fiction, really) in a way that is not purely subjective.

If you work in a pair or a group, since each of you should have a specific character you are focusing on/writing as/portraying, each member of the group/pair will receive their own grade.

Character Voice: It should be clear that you attempted to capture the “voices” of the characters, particularly your character of focus. This can be accomplished through use of:

Originality and tone will be graded on a 5-10 point scale: There should be an original storyline, or a new version of an existing storyline (from a different character’s POV, for instance).  Again, if you can articulate how your work meets the criteria, you should be set.

Grammar/Mechanics (including punctuation) will be graded on a 0-5 point scale: Since this is a formal assignment, correct grammar and mechanics are expected. *Grammar errors due to character voice will not count against you. In other words, if your character tends to use incorrect grammar and you portray this in a way that is recognizable, it will not count as an error.

Length will be graded on a 0-5 point scale: Your piece should be long enough to develop a complete original story or retell an entire scene from the book. If you decide to use a “Dear Friend” letter format, there needs to be enough letters (or a developed enough letter) so that the reader can see some character or plot development. Note: Unless you are rewriting an ending, your story does NOT have to have a resolution to be considered complete. It does, however, need to end gracefully (the way a chapter of a book might end).