Move over UNICEF, here's a little news clip about a 7-year old building orphanages in Haiti through her artwork. The clip is sure to inspire and give you some ideas for how you might use student work to create change in the "real world." Also a book (written for upper elementary students) is suggested at the bottom of the page to help you think of ways to scaffold social action curriculum.

Write up from abcnews: http://abcnews.go.com/WN/PersonOfWeek/story?id=8054989&page=1 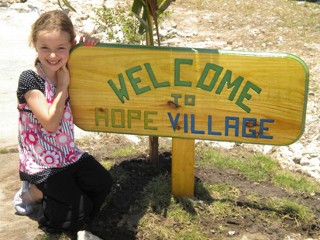 Seven-year-old Isabelle Redford poses next to the sign for the orphanage she raised money to build in Haiti.
(Global Orphan Project)

Seven-year-old Isabelle Redford is a long way from grown up, but her art is more than just kid stuff.
"I kind of always drawed because I loved to draw as I grew up," Isabelle said. "And I just was an artist."

Her drawings are good enough to earn some real money but she isn't spending it on toys or candy.

"I like to draw cards because I can raise money to help the orphans and help them have a home to live in," Isabelle said.

Helping orphans has become Isabelle's cause. It started two years ago when she was 5. Her mom, Kelly Redford of Parsons, Kan., told her a story about twin girls in Haiti whose mother died during childbirth.

"She immediately looked at me and said, 'What can we do, we have to help,'" her mother said.

Isabelle said, "I brainstormed and I thought of a way to help them. ... I thought of cards because I love to draw."

She started by selling cards at garage sales and to her friends and family. Her sales took off and, now, the cards are sold through the Global Orphan Project in Kansas City, Mo., a charity that builds and runs orphanages around the world.
So far, Isabelle has earned more than $10,000 -- half of that was enough to build an orphanage in Haiti, where she visited last month.

"It was the first night we were there and ... I saw the girls and, as I came to where my house was, they were chanting my name, and I thought that was really amazing," she said.

Isabelle spent two nights with her new friends at the Isabelle Redford House of Hope. "I also loved the girls in my house," she said. "I was glad that six girls had a place to live. We were just friends immediately and I, we didn't have to speak the same language. We just were having fun and we laughed and played a lot."


Also, here's a great book you can check out used at Amazon to scaffold instruction that will help upper elementary and jr. high kids "take action."
Take Action! A Guide to Active Citizenship (Paperback) 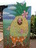 Permalink Reply by Anne on July 12, 2009 at 10:16pm
This is so cool! What a cute little inspiration she is! Love the fact that there's a book to help scaffold. Good find, Ryan! Thanks!!

Great to hear from you - Glad you liked the clip.