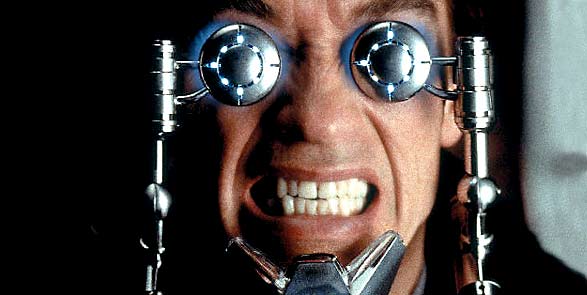 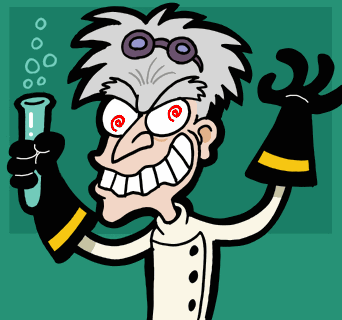 My curiosity paid off, Napoleon and Ryan's presentation on screening the film 6th Day in a science class, has actually sparked some ideas as to how I can teach multiple topics through film. Not only was the presentation fun, engaging, and informative, Napoleon and Ryan really brought energy to the topic and kicked us all out of our late afternoon slump.

To understand how an Arnold Schwarzenegger film could possibly help students learn about Genetics 101, Stem Cell Research, Animal & Plant Cloning, Human Cloning, and Genetic Screening, one has to put the class unit in context. Napoleon was a 23-year-old high school science teacher who was having a difficult time connecting to his students. Napoleon is personable and young enough to be a cool teacher who students look forward to spending time with. His students were struggling to understand the basic science vocabulary, much less more complex Biology concepts. Ryan described a meeting with Napoleon after another difficult class, "Napoleon laughed as his smile melted into the hands now cupping his face. He looked-up, wide eyed and a bit delirious, 'Today was terrible, probably THE worst day I’ve had teaching. The bottom, the low point, the bottomless pit.' " Ryan, a mentor for new teachers, had the idea to make the curriculum pop by chunking the viewing of 6th Day as a structure to transform Napoleon's classroom into a hub for creative and experienced learning. As a starting point, Napoleon and Ryan had students view the opening sequence of 6th Day and record their first impressions and questions on post-its. Napoleon deemed this particular group of students his hardest. “Hands down third hour, it has the most IEP and ELL kids and they take a lot longer to do everything.” Students in this class were quickly distracted by the information presented in the title sequence, asking questions like "why dna have alot of things going around?" and "is that a baby being formed on screen?"


Find more videos like this on Making Curriculum Pop
Napoleon had his students define facts, fiction, clones, human genome, and hypothesis. From there the viewed the 60 second clip again so students could take time to read the titles and information on screen, not just watch the graphics. Afterwards, students were told to use prior knowledge and experience to gauge if statements from the title sequence were fact, fiction, or a mix of both. Each unit had a corresponding packet of worksheets for the students to work on, but also the chunks integrated multiple forms of information, which went along with the film's story arch. Napoleon gave the attendees of TTP 09, a copy of a Genetics quiz that his students took. The Genetics quiz relied on the student's ability to make connections between images and text, which I found particularly interesting. 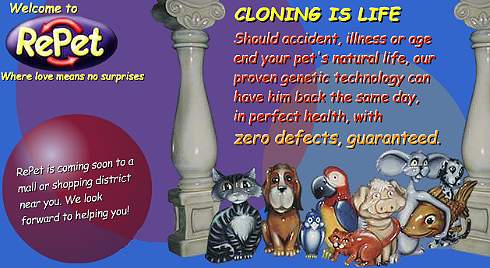 The 6th Day mixes scientific elements with ethical issues, by grounding a viewing of the film with current day world science, students are learning in a new and enriched way. I came out of Napoleon and Ryan's talk with exciting ideas on how I could teach in this way, as well as a huge desire to watch 6th Day again.