Thank you so much to all the MC POPPERS who added content and discussions last week. It was fun to send an e-mail out highlighting your interesting contributions. I might continue to do that on a weekly basis if folks continue to jam on the Ning.

This week continues moving image in the classroom theme. A week before the Oscars Nicole and I had a chance to go to the IFC Film Center in Greenwich Village to catch a screening of the 2008 Academy Award Nominated Animated Shorts. We had already seen “Presto” when it was screened before Wall-E and we were excited about seeing the other films. Entertainment Weekly had picked "Presto" to win the Oscar. Like all Pixar films, it was engaging, funny, colorful, rich in atmosphere, technically mind-bending and totally teachable. While “Presto” was great and the other films were fun it was clear to us that a dark horse was out there looking to win the prize.

Kunio Kato’s short “La Maison en Petits Cubes (House of Small Cubes)” was a 12-minute tour de force of animation and storytelling. The film follows grandfather who, because of rising water levels, has been building house, upon house, upon house to stay alive. The protagonist loses something that forces him to extend a metaphor as he swims deep into memory like Charles Foster Kane. "La Maison" is such a rich exploration of time and memory that one could easily compare it to Proust’s Remembrance of Things Past.

The film has no dialogue and the animation style is dictated by the content; the hand-drawn illustration is from another era like the film’s protagonist. Unfortunately, the film has yet to be distributed on iTunes. A lo-res excerpt of the film is available on YouTube but I don’t recommend watching it until a higher-res version is available. I do, however, recommend watching Kato’s hysterical Oscar acceptance speech. Have your ears peeled for the familiar lyric:

Both Nicole and I picked "Le Masion" to win Best Animated Short to in our two-person Oscar pool. This was yet another area where I had no advantage over Nicole’s savant like Oscar picking skills. She beat me in three categories because I made some high-risk picks that backfired: I thought Peter Gabriel would get the best song and The Dark Knight would take many of the technical categories. Thankfully, I don’t gamble because, as Beck once said:

Fortunately, no prize was on the table except bragging rights, but aren’t those the coolest spoils? I’m sure all the Ohio State football fans still elated over their recent Wolverine beatings would agree – bragging rights are cool. Feel free to congratulate Nicole on her victory. But please remind her that it was Pyrrhic, as she will live in fear for the next twelve months of my comeback Oscar TRIUMPH. If someone speaks Latin out there maybe you can tell me how to change the tense of “Veni, Vidi, Vici” so I can whisper in my fiercest Latin: “I will come, I will see and I will conquer!” while she is asleep. 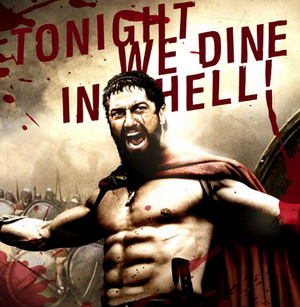 If "Le Masion" appears online I’ll let everyone know in the meantime you can find all the other extremely teachable films at iTunes. If you teach elementary or middle school “Octapodi” is a highly recommended “fish out of water” short sure to keep kids laughing while facilitating a entertaining discussion about natural habitats and food chains. And if you’re teaching any Edgar Alan Poe stories you might use “This Way Up” as a comedic companion text.

Permalink Reply by Jen Powers on March 2, 2009 at 10:04am
Ryan, thanks! All very valuable info. The animated shorts are always my favorite part of the Oscars. Your ideas are spectacular.

Permalink Reply by Ryan Goble on March 2, 2009 at 12:45pm
Thank you Jen!! Stay tuned for tomorrows motherload Short Film wiki - hopefully that will be a lot more helpful!

Permalink Reply by Nicole on March 4, 2009 at 7:34pm
Ryan- I am not afraid of you or your empty Oscar threats. Remember the time you taught me how to play Poker- and I beat you
(while you were teaching me)... I just, well... I just have a gift. What can I say. Hey- it is better than simply considering that you are perhaps... bad at winning... (although I don't want to call you a loser). It's OK though, our kids still have a genetic chance at acquiring my sweet luck and crazy gaming skills.... when they get old enough we can use your 6th Day curriculum to teach our kids about Punnett Squares... and the genes that they did and did not inherit. :) XO