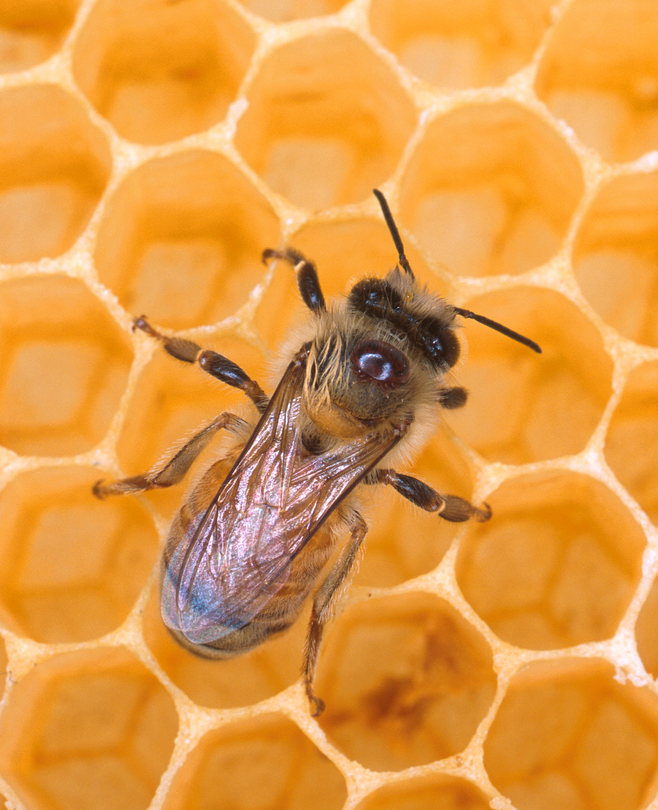 Every Third Bite is a documentary about the disappearance of honeybees from their hives. This documentary was directed and produced by Meerkat Media Collective, which “is comprised of filmmakers, musicians, illustrators, writers and artists of all stripes who believe in collaboration and cooperation.” Every Third Bite was shown at the Eight Annual Film Festival and won the Good Food Award. The documentary records local beekeepers responses to Colony Collapse Disorder and what society can do to keep bees healthy and alive.

Every Third Bite displays how bee hives can be in urban communities to produce local honey, which is a great remedy for allergies. In Chicago, the Honey Co-op was established to employ people who were interested in becoming beekeepers. Mary Woltz discusses how many commercial beekeepers replace the bees’ honey with high fructose corn syrup, which lowers the bees’ immunity. To keep bees healthy and returning to the hives, Mary feeds the bees their own honey. The local beekeepers believe that commercial beekeepers push hives too much, which causes colony collapse, sickness, and death. Every Third Bite makes viewers aware of the potential extinction of bees and helps people understand how bees affect agriculture and the world's food supply. Every Third Bite sends the message that if we all come together and properly care for bees, the bees will continue to produce honey and pollinate our crops. After viewing this documentary, I wanted to help save the bees so I researched and discovered the Take Action Links, which provides information on CCD and how you can start your own bee hive :) Just visit the Media That Matters website to discover how you can help save the bees! Teachers can have their students watch Every Third Bite and listen to their children's reactions to the film. Some questions to engage students in critically thinking about the film are: What will happen if bees become extinct? What is the meaning behind the title of this documentary? How do you feel after viewing this film? What opinions, points of view, and/or perspectives were expressed in this documentary? Think of a plan of action and/or solution to ending CCD. How can we help and support our local beekeepers? One of the most memorable experiences from the TTP conference for me was listening to Ambika Samartha, who directed and produced Ashray, discuss her reason and motivation to film children from Bombay who are infected or affected by HIV. Ambika shared: “When I was seventeen years old, I went to India as part of a program where we gave educational presentations on HIV/AIDS to different schools and universities. One of the places we visited during our stay was Ashray and the staff and the children there inspired me. I always wanted to go back and document their lives.” To learn more about Ambika’s accomplishments and achievements in the film industry, check out her biography on the Media That Matters website. 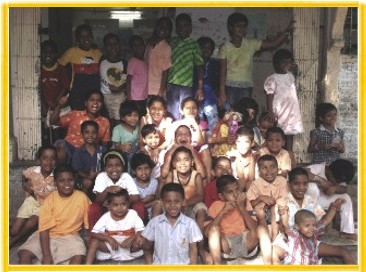 Ashray is an emotional film about children who live at a shelter home due to the fact that their families are too poor or sick to take care of them. Ashray was part of the Seventh Annual Media That Matters Film Festival and won the Global Health award. Ashray is the first residential home in Bombay, India for children who had to abandon their homes due to the HIV virus. The statistics displayed in the film portray how HIV impacts the lives of children in India. Since testing for HIV is not a mandatory procedure at Ashray, the staff and children are treated as if they all have HIV. Ashray provides these children with shelter, food, clothing, education, and enjoyment.

The Committed Communities Development Trust believes that “marginalized communities have the capacity and will to improve their condition. All they need is support and empowerment.” After viewing Ashray with children, educators can ask: What are your reactions and feelings towards the film? What opinions and perspectives were privileged/marginalized? What can we do to make a difference in the lives of children infected or affected by HIV? Where can we find more information about HIV awareness? What are some things that you will remember or take away from this documentary? How can we support communities like Ashray and work towards HIV/AIDS intervention?

The most meaningful part of the documentary for me was when the children were asked to describe what Ashray means to them. Some of the children’s responses were “teacher, school, family, and love.” The children’s answers demonstrates how Ashray has become their home away from home. During her presentation on Flipbooks and Thaumatropes: A Beginning Look At Film, Dr. Belinha De Abreu read aloud a quote by Kitty Johnson: “Films are an excellent source of authentic spoken language in context- a resource for both language and culture.” Ambika chose to preserve the native tongue of Bombay by having the children and staff at Ashray speak in their native language. The sub-titles did not subdue the thoughts and feelings expressed by the children but rather identified the children’s culture and ethnicity. In Catherine Gouley’s presentation on Teaching Through Film: An Interdisciplinary Approach, she commented on how film is a language and most films, including documentaries, are narratives. Therefore, Ashray tells a sad, yet true story that invokes compassion, empathy, and desire to take social action from it’s viewers. 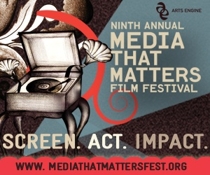 Save the Date: The Media That Matters Ninth Annual Film Festival World Premiere is June 3rd, 2009 in NYC! It's from 6:00-9:00pm at the School of Visual Arts Theater on 333 West 23rd Street. Visit their website to find more information about how to purchase tickets and attend this exciting screening event!

Comment by Sophy Joseph on May 5, 2009 at 6:52pm
Hi Cindy,
I liked Media That Matters because it seems to provide the medium that I search when I'm looking for film clips to play in my elementary classroom. It would be an interesting way for me to get nonfiction content in a powerful way out to my classroom. I realized as I sat and watched the bee movie that it was a great way to convey a strong message while teach a subject area lesson at the same time. I hope to actually attend the conference. Thanks for the information.

Comment by Sean Owens on May 4, 2009 at 11:06am
Cindy I really enjoyed the Ashray presentation as well from Media That Matters. It was really awe inspiring to hear what those children were saying. I think this would be something worthwhile showing to a class and having them do a social action project around it. I liked the questions you thought to pose for the bee movie though obviously youll have some disagreement. Thanks for the festival information as well Ill definately try to attend!

Comment by Virginia Pourakis on May 3, 2009 at 10:54pm
Hi Cindy! I liked the questions that you thought to pose to your students when viewing "Every Third Bite." Depending on the grade level, do you think you could introduce the concept of the film as presenting a particular point of view? How might someone "disagree" with the film, and why? (Trust me, I'm all for saving the bees, but I also know there are people out there who will give me hard time about it! Sometimes being aware of the ways people will challenge me can make me better able to respond and defend my stance.)

Comment by Cindy Peattie on May 3, 2009 at 11:52am
Hi Elizabeth,
Thanks for commenting on my reflection post. I also have been watching several of the short films on the Media That Matters website because I agree with you, they are fascinating and intriguing. I can't wait until I have the opportunity to show children some of the documentaries from the Media That Matters Film Festivals. Currently, I am a Nursery school teacher and do not have access to a computer so I am limited on how I can incorporate media into my classroom. I think the Media That Matters short films and documentaries are appropriate for elementary school children and older. Lastly, I agree with you that these short films can be used to teach several disciplines across the curriculum.

Comment by Elizabeth So on May 1, 2009 at 11:13am
I too was truly inspired by the Media that Matters presentation. Ever since I’ve been introduced to the site I go there all the time. I love watching the various documentary films, and all the topics are fascinating. The films really open up your eyes to what is going on in the world and it has become my new favorite site. After watching the two documentary films presented in class I thought that the films were a great way to get students to think about issues going on today. It is important that students learn and reflect upon what is happening in our world so that they grow to be critical thinkers and perceivers. The films are a great way to expose students to a larger world outside of what they know and are familiar with. I think everyone should check out the site, www.mediathatmattersfest.org and browse through their films. The films are great to be used in the classroom across all disciplines.