The films shown in class, ranging from Ashray by Ambika Samarthya to Hammoudi by Anwar Saab were powerful and inspiring. Ambika contrasted the difference in today’s documentary films, which have a story arc, character development, and plot, with those of the 80’s where experts primarily talked at the audience.

An important point that Ambika made was that “ultimately documentaries are also someone’s point of view” on a particular situation. In a similar vein, Catherine Gouley pointed out the following day that “primary sources can also be biased.” It is important to get our students to examine media through a critical lens. They can watch a film and question: Which group’s voice is being represented? Who is left out? Who is projected in a position of power? Older students can also examine how camera angles, editing and choice of background music can alter the image of a person. 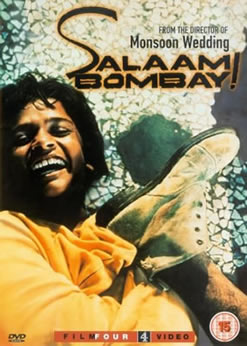 Documentary mentioned by Ambika Samarthya as the original "Slumdog Millionaire"

For critical analysis, short films are a great tool to use in classroom, especially elementary classes. Even though it is great to analyze them through different lens (like Pam Goble's media circles), sometimes it is crucial to immerse yourself in it and just feel the film. One film that my second and third-graders love watching is The Red Balloon by Albert Lamorisse. 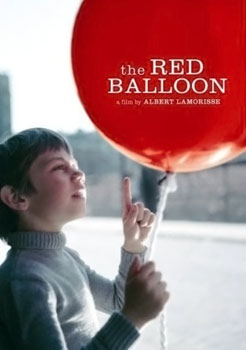 Here is another short film by Ambika:

Comment by Laura Broderick on May 14, 2009 at 8:19pm
Don't be scared, that's not really my picture!
I've always been a huge fan of The Red Balloon and I was so happy to see it released on DVD. As a child I remember wanting to cheer for the underdog, the balloon. I willed it to find the strength to avoid the bullies. I questioned the cruelty of man. I have often asked my students in psychology, "If you could perfectly clone a person a hundred times and throw them in a room with each other for a week, would they be able to find some difference among themselves? Do we have a need to differentiate? What is justice and do we really all want to be equal?” Some of the most amazing conversations have been had from the freshmen through the senior level. I agree that as teachers, we do have a responsibility to give students an opportunity to engage in questions regarding social justice. (And not just in social studies classes!) Keep up the good work, Arshi!

Comment by Lorne Schussel on May 5, 2009 at 10:52pm
The red ballon is absolutely one of my favorite short films. I love how it addresses the harsh nature of man simply by destroying a ballon. The balloon becomes alive and carries its own magical persona. Children and man, will try to destroy anything that is different/unique simply because they can't come to terms with the part of themselves that are different. Rather, then address the fear of the unknown self, they choose destruction. Such is the case of the Red Balloon. They choose to destroy his red ballon. But alas, there is hope.

Comment by Sophy Joseph on May 4, 2009 at 10:27pm
I love the questioning that you believe in teaching. It is certainly important to look at who is in a postion of power? And also looking at who is not being represented? Once we teach our students to look through these critical lenses, then we can get to think critically about reading all texts in such a way. Then we'll soon have a society of edcated, sensitive, and informed citizens.

Comment by Virginia Pourakis on May 4, 2009 at 12:16am
I love how you keep citizenship and critical consciousness in mind when teaching your students--you are a model educator! I also appreciated the way you see the value in more than one way of watching a film, including analysis and immersion. What you call "feeling" the film allows the student to go beyond the role of observer and instead to "experience" the reality of the film by almost becoming part of it. After that experience, students can then assume the observer position and look at themselve, asking, what did I feel and why?