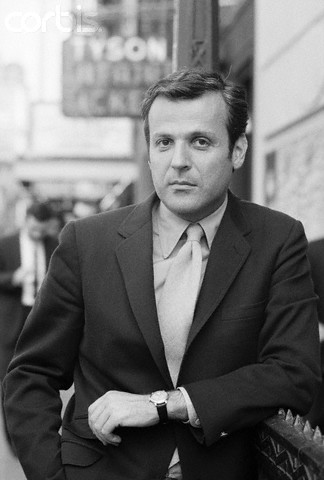 I need to put my sense of awe and excitement out there to all you Ning-ers before I can launch into a reflection. It was such an honor to hear Mr. Goldman speak, one that even rivaled seeing Elmo. As a child I watched and re-watched The Princess Bride, imaging myself as Buttercup and my neighbor Wesley (a Goldman-esque stroke of luck) as Westley. My mother helped me write some of the stories down so Wesley and I could act them out afterwards. It was a wonderful form of Play and one that allowed me to contextualize the film into my own life.

Goldman spoke of the business side of filmmaking, studio heads not knowing what will be a hit and what will be a huge flop, speaking to actors in a way that keeps their egos a float, agents signing new talent, and directors suddenly changing a screenwriter's work. Listening to him was even more entertaining than reading Adventures In the Screen Trade and I looked forward to long subway rides with a copy of Adventures. As I sat listening to Mr. Goldman speak, I made the connection to all that TTP 2009 is, how we integrate visual mediums in the classroom. I could understand the struggles he had during his creative process of developing a script, a mental struggle that teachers and students have as well. How do we take an idea and create something from it? My childhood games of writing storylines for Buttercup are applicable to possible ways of bringing Goldman's examples to children, teenagers, and undergraduates. Storytelling, especially fairytales, are universal and a great launching pad for different types of literacy.

Goldman wrote, " When you write something, if the picture happens, someone must actually go about executing the details of the script. Hardworking technicians, like yourself. So if you get a flight of fancy that entails a sudden snowstorm blanketing Honolulu airport, there better be a good reason. A crucial reason. Because that is not an easy thing to recreate. And movies are not made by elves and fairies...."

This may be true for traditional filmmaking, but in a classroom setting, students can allow their imaginations to run wild. With newer technology kids can very easily write, star, direct, and edit any type of fantasy story. Even stories with princesses, giants, cliffs of insanity, pirates, and six-fingered men. 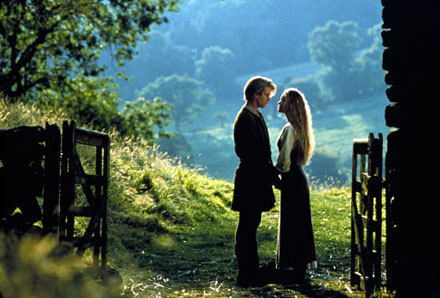 Comment by Mollie McAllister on May 4, 2009 at 2:32pm
Thanks for posting the clips Princess Bride clips. I too loved this movie as a kid and still do. It was really great to hear Goldman speak about where he gets ideas and inspiration. I thought his no nonsense, practical explanations were honest and refreshing. I like how you connected your experience of acting out this movie to something that could be used in the classroom.

Comment by Julia Kim on May 2, 2009 at 11:51pm
HI Caitlin, thanks for posting a picture of young Mr.Goldman~ I can't believe that's him hehehe.
I am not a tech-y person. In fact, I'm forcing myself to use facebook (to keep in touch with people) and even e-mail... i've been working on capturing images that fit my ABC song, and my 5 year old kindergarteners have been so excited to use my camera to capture images that they want in the ABC song "music video." And oh man, I wish I were computer savvy, and programs savvy to make an amazing work. But as you said, certainly newer technology is making it possible for our students to explore their artistic and creative sides.

I agree with you that in a classroom setting (vs. profit-driven film studios) we have unlimited freedom in letting the kids imaginations "run wild." And that kids nowadays have access to technology that allows them to easily create and tell any story they can think up. As a music teacher, I feel that I play a very important role in nurturing the imagination of children and teaching them how to express themselves.

Comment by Elizabeth So on April 29, 2009 at 11:25am
Hi Caitlin
I greatly enjoyed Goldman's talk but I do agree with you that there was a disconnect between his talk and how it applied to us as teachers. It was interesting to hear about the real life of Hollywood film-making but I l wouldn't say it helped me as a teacher. However, following the theme of media it helped me see the ins and outs of film-making. It was interesting to hear his thinking process and inspirations for his films. Thanks for the film clips! It made me want to go watch the film again. The last film clip is great to use for the classroom when thinking about characterization and role playing.

That "behind-the-scenes" Princess Bride video is the most moving thing I have ever seen. Best ning blog post ever.

Comment by Alicia Lerman on April 27, 2009 at 6:09pm
Hi Caitlin,
I have to echo your sentiments exactly -- it was such an absolute thrill to hear Mr. Goldman speak. It was even more exciting to hear him speak in this forum, addressing students and educators and really tying together the overarching themes of TTP. I think your childhood game of creating new story lines for an established character can be a really wonderful creative project to use in conjunction with teaching film; in order to do so, one must really understand the character.

I appreciated your clip from The Princess Bride, and with that in mind I offer this (although the quality is pretty poor):
watch?v=HnVAXyKVmyw