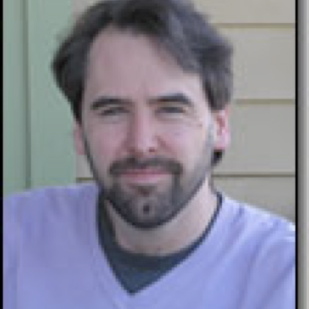 John Golden has not received any gifts yet

What subjects do you teach / specialize in?
Language Arts

Ryan Goble said…
John I was unable to catch your screening at NCTE as my parents were in town and we went out that evening for my b-day dinner after a session that finished at 6pm. Excuses aside, I hope the screening went well and the rough cut is awesome. I can't wait to see the finished product! RRG:)

I'm so relieved that you had difficulty too. I started thinking "does the right wing not make documentaries?" Anyway thank you for these links. I was wondering if you had discovered in your search any right wing documentaries other than those dealing with Iraq?


Thank you again for all of your help I truly appreciate it.

timothy shea said…
It's about time you made it on here, John! :) Good to see you in cyberspace at least.

Ryan Goble said…
John, Yeah, it takes a while to figure out how to do this Ning stuff. I just got clear on a bunch of Facebook stuff last week. One day we'll all be digital natives - lol.

I'm so glad you read that article, I kind of put it out there not expecting folks to read the whole thing but I'm excited that some have. It is really useful and engaging for students when you develop cool questions. I'll be jazzed to hear how it goes over when you try it.

Hopefully the PDF will get passed around and other people can get their CTM on - it is one of the few ideas I had lately that, as they say in Hollywood, "might have legs."

Lindsay's question was a tough one - I recommended

Hope things are groovy in OR. What are you writing these days - another big book?

Ryan Goble said…
John - you are Golden, I knew you'd have some ideas on this one. - However, I think you commented on your own page not Lindsay's!! There should be a little tab at the bottom of her post that says "comment back" at the top of your page it says "John Golden left a comment for John Golden" perhaps you can copy and paste it so she gets the note :) Thanks for sharing your mad wisdom!!!

John Golden said…
Lindsay:
It's so funny, but when I was researching for Reel World in 04-05 (I call it "research" for tax purposes and for getting out of doing the dishes, but it really just meant watching a whole bunch of films) I jokingly started a chapter titled, "Why conservatives don't make documentaries." I was trying so hard to be sure that the book had political and ideological balance that I spent a lot of time trying to find films with a conservative viewpoint, and it was HARD! At first, I thought the films weren't out there b/c of a lack of distribution, bias of film buyers at festivals, crazy left-wing PBS and HBO..., but in 04-05, I think that people on the right just weren't making many documentaries for reasons that never quite added up to a full chapter (or so that crazy left-wing NCTE thought!!).
ANYWAY, I did find a few and even some that kind of get at the Iraq War by attacking Michael Moore and praising George Bush: Celsius 41.11(streams on googlevideo at: http://video.google.com/videoplay?docid=5613757524554114657#), Fahrenhype 911 (streams at: http://video.google.com/videoplay?docid=9087291936502859172#).
And in addition to limiting the discussion only to pro/con about the war, I have done another activity with my students about multiple perspectives on the war, including those of Iraqi filmmakers. The focus of my lesson is on how editing choices in documentary film affect audience reaction to the subject. The lesson is too long to post here, but I'll put it somewhere else and link to it.

Let me know what you end up doing with your unit. It sounds fascinating.

I'm trying to show students Two Perspectives I am showing From Freedom to Facism as a anti-gov't radical perspective. I need a counter perspective documentary.

Oh and I like your book, I am very VERY pro film in the English classroom!

Ryan Goble said…
Since you do the English thing you might consider joining some of the ELA groups to stay up on resources and discussion.
Popular Music
Teach with the Moving Image
World Literature
American Literature
British Lit (sans Shakespeare)
Making Shakespeare Pop
Poets and Writers
Adolescent Literature