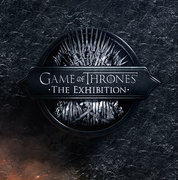 With the explosion of the internet, it's easy to overlook the influence of other popular culture channels, but it's clear they still matter. Television continues to be the most common medium and platform for viewing content -- a Kaiser Family Foundation study found that TV makes up the largest chunk of adolescents' media use, 4.5 hours out of a total 11 hours media time each day. The other 6.5 hours are spent on the internet. In… Continue

What educators can learn from comedians

School technology-integration specialist Andrew Marcinek draws parallels in this blog post between creating an entertaining comedy act and innovating in the classroom. From the process of developing a new idea to use with students to honing and updating one's classroom performance, Marcinek encourages… Continue Rethinking Popular Culture and Media is a provocative collection of articles that begins with the idea that the “popular” in classrooms and in the everyday lives of teachers and students is fundamentally political. It features more than 45 articles, divided into 6…

Helping Students Deal with News & Images of Disaster in Japan


We are all overwhelmed by what we see in the news. For many of our students, taking the time to help them better understand those images and where they originate is another step toward visual and media literacy.

Images can be frightening and unsettling—on that we can all agree. For your students here are some questions that might help get a… Continue

Helping Students Deal with Images and News from Japan

We are all overwhelmed by what we see in the news. For many of our students, taking the time to help them better understand those images and where they originate is another step toward visual and media literacy.

Images can be frightening and unsettling—on that we can all agree. For your students here are some questions that might help get a discussion… Continue

Tips for Planning A Lesson Around Japan's Disasters

A New York Times blogger offers resources and lesson plans for teaching students about Friday's 8.9-magnitude earthquake and tsunami in Japan. The author has compiled past New York Times resources on tsunamis and earthquakes, along with links to Internet resources on the topics and information about Japanese history and culture. A separate post has a list of questions that can be used in discussions about… Continue

While attending a recent curriculum conference, I stumbled upon these books inside the conference exhibit hall. Pearson has… Continue

From Lady Gaga to Harry Potter, pop culture seems to be popping up in universities across the country

Teaching With The Super Bowl Ads

If you're not already aware of the web resource I maintain, Using Super Bowl Ads in the Classroom, I wanted to point you to the site. Among other things, it includes news articles to download; archives of previous year's ads; activities and lesson plans to use with students and more.   Frank W. Baker, Media Literacy Clearinghouse