(Note: Sorry it took so long to get to the next one, but the holiday madness hit pretty hard this year, not to mention some family troubles so I've had a lot on my mind recently. Thank you all for your patience and I hope you enjoy the next installment of my blog.)

This game series is very near and dear to me for many reasons. Not only does it have a fun set of stories and lovable characters, but it hones and sharpens a…

ArtSkills is a website where you and your kids can make posters. You need to register - a simple process. Then you can check out posters others have created in the Poster Gallery, or make your own.

The poster wizard offers you a range of templates to help you get started.

Great for advertising a class event! Here's a simple one I created, below. Read more in my post,…

This is probably going to be the first in a series of blog posts that I'm going to do on this site to share my ideas with you all. In the time I've spent exploring this site, I really enjoyed looking at all the different ideas and video games to use in teaching and I'm very tempted to check them  out myself (if I had the chance do so along with the copious amount of school work I have to do). However, I haven't seen to many ideas on including more mainstream video games, such as Legend of…

What is a "good" graphic novel and why should we use comics in the classroom?

I do some of my best thinking when I first wake up in the morning. This morning I woke up in Burlington, Vermont and decided that I would write something today about  comics as a medium of storytelling and about comics in education.

So here are my thoughts....

Some of my graphic novel cohorts have expressed concern about a backlash against the comics in education movement.  Coincidentally enough, I am  teaching Scott McCloud's Understanding Comics right now to my students. We…

One thing that has continued to capture my attention as I research for information on how to write lesson plans to include new media, is the fact that numerous people on the internet seem to be becoming more critical of current media and media from their past. Certain sites such as thatguywiththeglasses.com and cinemassacre.com have teams of people, of various ages who all review different types of films, games, comics, etc. Mind you it is presented in a format which will give audiences a…

NCTE Session G.41 Teaching the Hero's Journey: Understanding Our Past, Creating Our Future

On Saturday, I presented with Glenda Funk and Ami Szerencse on teaching the Hero's Journey. Here you will find my slide deck and handouts. You can find the handouts Glenda and Ami shared here at Glenda's blog.

I just finished writing an article for Diamond Bookshelf Magazine about how graphic novels meet the text complexity standards in the Common Core State Standards for ELA and Literacy. When I first wrote my graphic novel curriculum, graphic novels were not listed on the suggested texts in the 2001 Massachusetts State Standards document, but lo and behold, they…

When my colleague at Masco suggested we co-teach American Born Chinese, I jumped at the opportunity. Since I challenge my students to argue whether or not ABC is appropriate for middle school readers, actually talking to eighth graders about the issues in the novel sounded like a perfect idea! We plan to use my course ning network to foster discussion between both grades, and at the end of the unit the kids will meet in person. That is a very brief overview of the project.… 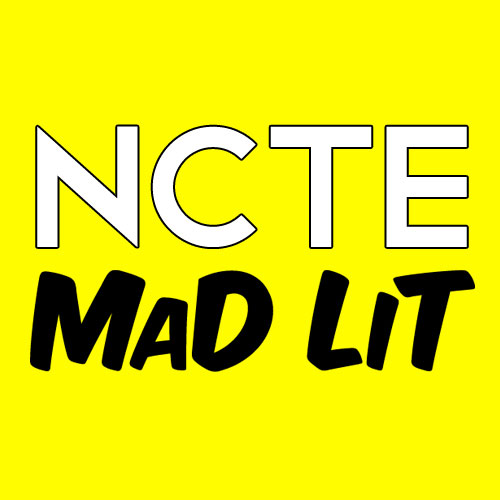 I am very interested in having teachers across the United States use my book, World Affairs in Foreign Films, and the multi-disciplinary pedagogy it describes.

If anyone is interested, please email me at rseret@aol.com.

Zombies in the Classroom

What should be important or interesting about the title sequence of a movie? With its eye on education, opening credits tell…

We've already covered alliteration, hyperbole and personification. And today, we bring you allusion, with examples from hip-hop, literature, history and more!
http://blog.flocabulary.com/allusion/

We love when students and teachers share their examples in the comments.

Last week, we brought you examples of Alliteration from hip-hop, literature and history. This week, we give Hyperbole the same treatment:

Share your students' examples with us in the comments!

﻿﻿﻿﻿﻿﻿﻿So.....according to Webster’s, the term sustainable is an adjective referring to a method of harvesting or using a resource so that the resource is not depleted or permanently damaged. What does that mean for you and your students? By creating real-world, engaging activities in your classroom and your school, you can create sustainable environmental education for your students, faculty, and staff members. Educating students and staff can have impacts that reach beyond the classroom and… Continue

Do you teach literary terms, figurative language or rhetorical devices? Each Wednesday, we will bring you one literary term with fun examples from hip-hop, literature and history. Share examples your students create and we'll add them to the blog

Today, we begin with alliteration. Next week, we'll bring you greatest hyperbole examples ever.

Attention Gamers! This new ARG allows you to explore history while playing. What's an ARG you ask? If you are not familiar with Alternate Reality Games? Visit http://www.giantmice.com/features/arg-quickstart/ for a quick primer. Rediscovering Loyalty was written as research for a future academic course.

Why can't we see more ARGs in education? Well I'm guessing you had to look up the primer, so now you…

“Don’t let it be forgotten that once there was a spot, for one brief shining moment…”

Fandom Conventions are about community and San Diego Comic Con is the largest gathering of the fandom community in the US. This year, fans of all shapes and sizes joined the fray. Hotels sold out, cell phone carriers were overburdened and controlled chaos was the name of the game. This year we were housed at the Horton Grande in the Gas Lamp…