I've just been playing at Tackk, a new online content creator. No need to register, design and share instantly. Customise by font, colour, add media etc. Here's the link to a sample one I made: http://tackk.com/dzncje Sign up though does mean they store your Tackks.

If you’re looking for an exciting new literacy activity for the new school term why not start a daily 20-minute comic strip segment during which your students create a comic diary about something they learned or read or experienced that day?   Creating such daily comix diaries provides a way for students to digest and integrate key material that they are taught as well as to reflect on their lives and experiences. And what better way for all students, including…

"Out of the Public School Grows The Greatness of the Nation"; the 112th Anniversary of Mark Twain's Boxer Speech

The health of the American Public school system is under debate in many different arenas: political, financial, social, ideological, and now, technological. At the root of these debates is our collective recognition or understanding confirmed by the author Mark Twain (Samuel Clemens):

"We believe that out of the public school grows the greatness of a nation."…

Quest Atlantis -- For elementary teachers, another way to reach kids using a research based approach of questing in a world of science, math, art, literacy, ecological concerns, and social justice - Quest Atlantis. I used it in my grade 4 classroom for 3 years as a part of my general project based approach. It is way more than a program installed on computers, it is a teacher facilitated, worldwide venue for global awareness and learning. Comes at no charge as it is a research project via… 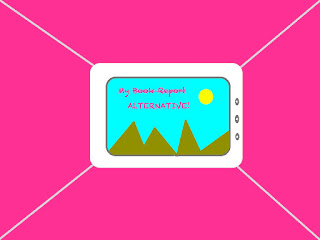 Being able to consume, critique, and create media is so important for our 21st century students. While I love to write about books in my book reviews, lots of children don't share my enthusiasm. If your kids or students groan at the mere mention of writing a book report,…

What would happen to Education if paper and pencil were banned?

The very simple answer is that Education would finally move into the 21st Century.

Look at today's preschool children. The iPad has become their busy box.  They are confused at paper magazines that do not scroll to touch.  They can have relatively complex conversations and they understand pictures and icons.  They are on cell phones and would soon learn to text just as they learned to speak and listen.  And these children come to school in a 21st Century environment.  And then, we…

Foreign Films in the Classroom

I am taking a Film class that focuses on using media in connection with the school curriculum. My interest is in Foreign Films and hope to synthesize the films with reading material and writing prompts in a community college English setting. I am seeking any sources that I could use for both a paper and eventually in my own classes.

The Film Canon Project for Teacher K-12: What are your favorites for your students?

We are working on a Film Canon Project for eventual publication and sharing with teachers regarding recommended films for students K-12.  Our list will be developmental, annotated, and vetted.   This is work on the part of our Curriculum 21  faculty and will appear in a new series that I am editing for Solution-Tree.  Thank you! Heidi Hayes Jacobs  …

The end of the year & perhaps start of a new beginning...

We are quickly approaching the end of the school year.  My kids take their SOL (standardized state test) on Tuesday - so I'm searching for things to run them through on Monday - drill and kill.  But, I'd also like to find some games to play with them that will teach them.  Any ideas?  My boss has mentioned cause & effect - and I have a Smart Board "game" with figurative language.  I'll probably use that.  I could really use some help.  And any suggestions for the rest of the year - we're…

I've just discovered a crowd funding site, called Kickstarter and launched a campaign for my project, Arithmetic Village.  Have a look at it, it may be a great way for teachers to finally find funding to create projects they know work!

Sibling Rivalry short story to use with "Tangerine"

My 7th grades classes are reading "Tangerine." I am looking for short stories to complement the theme, sibling rivalry.  Any ideas?

I have used this resource for a few years now, so thought I should. Book and videos are can be ordered or found on the site itself. It deals with Antisemitism and stereotyping. The readings are high school level, but can be adapted. The site is :

They are a wonderful organization, and will send out as many packages as requested (I believe they have sent out…

Hi everyone,I have used this resource for a few years now, so thought I should. Book and videos are can be ordered or found on the site itself. It deals with Antisemitism and stereotyping. The readin…

I have used this resource for a few years now, so thought I should. Book and videos are can be ordered or found on the site itself. It deals with Antisemitism and stereotyping. The readings are high school level, but can be adapted. The site is :

They are a wonderful organization, and will send out as many packages as requested (I believe they have sent out…

Thanks to Big Brother, I am Dick-less

Big Brother is watching me.

I am a mild mannered high school teacher. I pay my taxes. I read a book a week. I don’t own guns. I have never been arrested. I haven’t even had a speeding ticket. I wear a blue button-down shirt and tan trousers, for heaven’s sake.

But yes, Big Brother is watching ME.

A few years ago, every public school teacher in our tiny Canadian province was given a laptop computer by our employer. I…